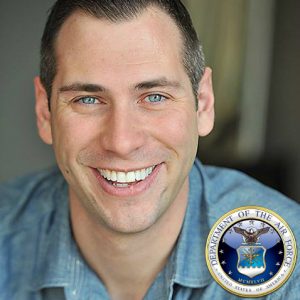 BJ Lange (also known by his high school nickname “HONKEY”) claims improv is where he feels “most at home” as an actor and comedian. A St. Louis native, BJ is an alumnus of iO West (formerly improvOlympic West), and a graduate of The Second City Conservatory and Long Form Program in Hollywood. He is currently completing his studies at Upright Citizens Brigade Theatre, Los Angeles.
BJ has been seen on Dr. Phil, Jimmy Kimmel, and MTV in addition to his other film, TV, and commercial credits. He is an instructor at The Improv Trick Hollywood instructor at 3-2-1 Acting Studios.
BJ uses his improv training in other aspects of his career including hosting national televised events and tours like Maxim’s Spring Break in Panama City Beach, FL. His talents also include sportcasting. BJ is credited for shoutcasting The World Series of Video Games (CBS Sports) and hosting GameRiot (MTV2). Although BJ’s background started in theatre (high school, college, and community), he soon found himself working in radio – landing himself a role as the stuntboy on the nationally syndicated Steve & DC Radio Network which, not surprisingly, got him arrested for many critically acclaimed stunts. This is also what fueled BJ’s experiences in voice-over work. Recently, BJ was seen as a delivery driver in national Miller High Life commercial supporting veterans.
Live events are where BJ thrived as he continued keeping audiences entertained hosting events such as the Simon© dTour Live! presented by ABC Family, X-Games BMX Jams, and the LG National Texting Championship and Mobile World Cup. Selena Gomez fans also got a taste of BJ as they worked together hosting the Monte Carlo Movie Tour for Fox. In Vegas, BJ hosted “Meet Your Makers” a 60 minute late-night talk show event for Electronic Arts at the GameStop Manager’s Conference. In addition, BJ has been a spokesmodel for the US Army in Germany, and a live presenter for the Intel Corporation at the Mobile World Congress in Barcelona Spain as well as the Intel Extreme Masters video game tournament. He even lived in Blackpool, England for a few months performing at the Pleasure Beach Amusement Park!
He has studied with some of the greatest minds in improv, having been one of The Improv Trick’s first students in St. Louis completing the program directed by Bill Chott. Around Los Angeles, you can find BJ playing with Top Shelf – a weekly show at iO West, Gold Improv – an improv and sketch group comprised of his Second City grad group, and a few others.
When BJ’s not “Yes, and-ing” his passions include beat boxing, motorcycles, aviation, barbequing, and volunteering. BJ proudly serves as a Public Affairs Officer for the Missouri Wing of Civil Air Patrol, the United States Air Force Auxiliary, where he is also an accomplished aircrew member and graduate of the Air Force & Coast Guard’s National Search & Rescue school.