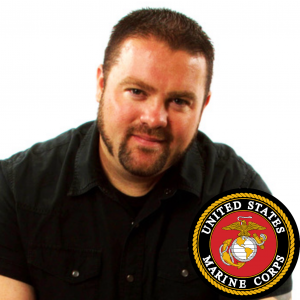 Brad Ellis spent four years serving his country in the United States Marine Corps. After that, he spent several years protecting the fine citizens of his community as a Police Officer, but soon realized the free coffee at the local gas station does not justify low pay, dodging bullets and long hours. The roughest aspect of the transition from cop to stand-up comedy was having to return his mustache. Much to his surprise, they let him keep the haircut.

Since leaving the badge behind, Brad has made a name for himself in Kansas City where he appears regularly. From those feature and headlining sets has received work throughout the United States. He uses his distinctive, observational style and true-to-life experiences to relate to audiences at corporate events and colleges such as University of Kansas, Kansas State University, University of Arkansas. Brad was selected to compete in Season 2 of Comcast TV’s ‘Trial by Laughter.’

Unlike his mustache, his act is not one to miss!