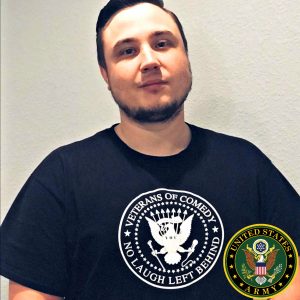 Dakoda Potter is a former U.S. Army Infantryman who has exchanged his rifle for a microphone and is now making a career for himself in the world of comedy. Dakoda currently spends his time on stage inside of clubs, bars and casinos scattered throughout the Midwest, shedding light on the rarely seen, harsh but hilarious, lifestyle of today’s Grunt and how his transition from the military to civilian world drove him into a career in standup.