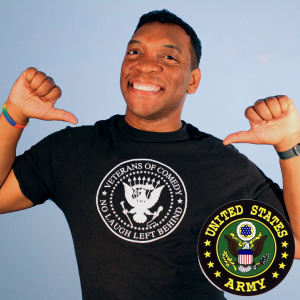 A stage veteran who has been entertaining since age nine, Jay Jackson (mostly) taught himself to play piano, guitar, bass and drums, and could play them all simultaneously if only his cybernetic tentacles didn’t keep crapping out on him. (Should’ve gotten the extended warranty.)

In addition to doing voice work and announcing for 102.9 KARN and Power 92.3 FM for a number of years, Jay’s done everything from Shakespearean drama to musical improv. Raised performing in church and trained in seedy piano bars, Jay’s musical and comedic skills have been honed at the premiere venues in Central Arkansas.

Jay has worked alongside the likes of Greg Morton, Eric Knowles, Rick D’Elia, Will C., Andy Woodhull, and many more. He appeared in the 2016 Loony Bin Comedy Competition and 2016 Arkansas Times Musicians Showcase. He served as host and executive producer of the 2017 Little Rock World Series of Comedy, the monthly Comedy Cage Match variety show, and the Rogue Radio podcast, and has produced the “L.O.L. Comedy Showcase” and the “Nasty Women of Comedy” series.

His first comedy special, “Black Power Bottom,” is set to be released in the summer of 2018.